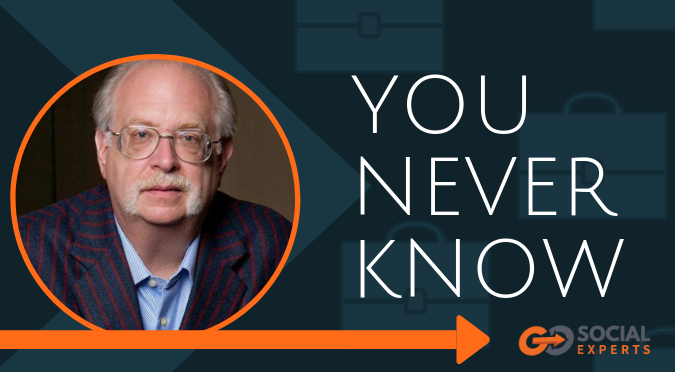 Here is a link to the letter and other information https://dankennedytribute.com/.

This news came as a shock to me. I had seen Dan in April. He was looking good and was full of energy.

At a yearly event in June, he was doing well according to people I talked too.

In some articles, he talked about being tired after the events, but it seemed reasonable. After all, being on stage for the better part of three days would make most people tired.

Then ten days ago he ended up in the hospital and after several rounds of surgery, his situation had deteriorated to the point that the doctors moved him to Hospice care. There is nothing more they can do.

I was first exposed to Dan back in 2012. What’s unusual about that is I circled around him for years before that. I followed many of his students, although I didn’t know they were his students at the time.

From what I can see, most of the internet marketing done is based on Dan Kennedy’s teaching from his foundational course Magnetic Marketing. And this includes every big-name internet marketer you can think of. Most, if not all, learned from Dan or one of his students.

However, Dan himself didn’t use the internet or even have a cell phone. If you wanted to connect with him your only option was to fax him.

My business wouldn’t be where it is today without him.

I wouldn’t have a training course, a coaching program and a Done For You agency like I do without his input.

My skills have grown because of him and I now see the possibility where in the past I saw obstacles. He had a way of looking at a situation and seeing what most everyone else missed.

The various skills I’ve learned from him have enabled me to help my students and client’s businesses. I take a look at their businesses and what they want to accomplish and then come up with a solution that might not be what they were thinking originally, but is easier and more profitable.

Dan also demonstrated that you could have a business on your own terms. You didn’t have to go along with conventional wisdom and do what everyone else did.

As I stated, the only way to connect with him was by Fax. In 2019 most of us have to look hard to find a fax machine. This kept him in control of his environment and he stayed just as busy as he wanted to be.

I’ve watched what he’s done, listened to him teach in person, asked him questions, read his books and listened to hours of courses he created. And I can honestly say that all of them changed me in some way.

Dan cared about his community and he wanted everyone to be successful. At times he could come across as kinda grumpy, but under it all, he had a kind heart.

As I run through my mind all of the lessons I learned from Dan Kennedy many of them are foundational.

It’s hard to sort out what I didn’t learn from him.

I’m going to miss the monthly newsletters from him as well as seeing and interacting with him at the No BS Inner Circle live events.

One last thought – Every year for the past several Dan would say that this was going to be his last June event. This is a Dan-only event he’s had for several years and everyone would laugh thinking he was just trying to fill up his next event.

I didn’t go to any of these events but was trying to sign up for the 2020 event. Which, as he’d said many times, was going to be his last event.

No chance of that now. I guess I should have moved sooner.

When there’s something you want to do, make sure to do it when you can. You may never get another chance.