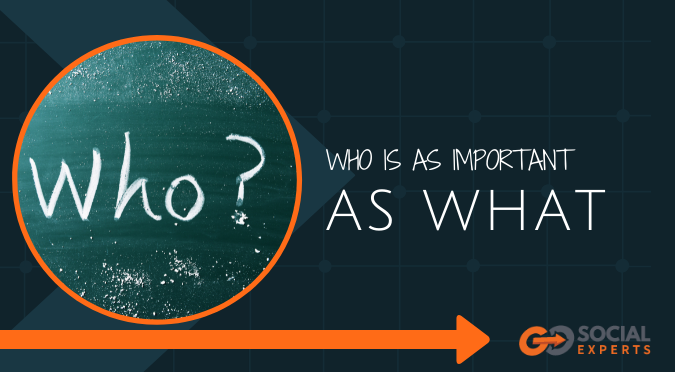 The other day I was having a conversation with a client, and they were asking about results from some of their ads. This day their questions were more specific than most other conversations we’ve had.

After some questions, they told me that they share their ads with others who sell their products. Some of their vendors had questions about which ads were performing best.

I showed them how to get the information they wanted and then I asked some questions and gave feedback for my client.

Just because an ad is performing great for them doesn’t mean that someone else can take the same ad and get the same or similar results.

That’s because who it’s from matters as much as what the ad says.

My client has a strong online presence, they get lots of interaction on social media and they have a good program for responding. All of this keeps their fan base engaged.

If someone with a weaker presence tries the same ads, they probably won’t work as well since they don’t have the same reputation online.

I’m not saying you shouldn’t use other ads as a starting point for testing. What I am saying, is don’t rely on someone else’s numbers without verifying yours are as good or better than you expect.

What does this have to do with you?

Just because you can see the ads your competitor is running, why can’t you model them and see if they work for you?

You can model them; just watch closely how they perform.

As you can see, there are many variables in what makes a Facebook ad work.

One of the most important variables is what relationship does the page running the ad have with their audience.

The stronger your overall Facebook presence the better your ads will work.

Facebook won’t tell you that, but that’s what we’ve seen over the last 9 plus years of running Facebook ads.

If you’re spending at least $5000 a month on Facebook ads, you’re not quite there yet but working toward that goal and you haven’t talked to a professional yet, then you are most likely wasting some of your ad spend.

I offer a free 30-minute discovery call. We look at your business, what you’re doing and what you want to accomplish. At the end of the call, we decide if we would like to work together and we move forward from there. Go to www.gosocialexperts.com/workwithus to apply for your free call.