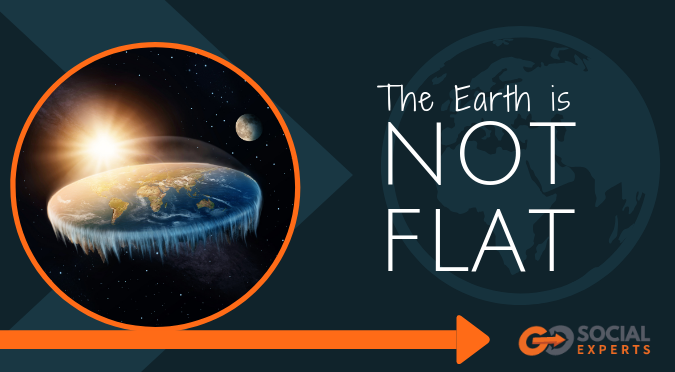 Remember the stories from school about Christopher Columbus and how the biggest fear everyone in Europe had when he wanted to sail east is that he would fall off the end of the world.

That was common knowledge, and everyone “knew” it was true.

We know how it turned out, and Chris and his three ships didn’t fall off the edge of the world.

We laugh now because we think it’s so silly that the unsophisticated people of the time believed such a foolish thing.

Fast forward a few years and consider what we’ve believed about food.  After all, I worked for years in the grocery business.

In the 1970s everyone ate eggs for breakfast. Then the 80s came and eggs were bad for you, or parts were. You could eat the whites but not the yolks, then maybe some yolk was ok, and then eat the whole egg because the cholesterol in the egg is actually good for you.

I’ve lived through all of these changes in food recommendations and seen that just because someone says something is good or bad, doesn’t mean in all situations that they are accurate.

What does this have to do with your business and marketing?

All of us have ideas and beliefs we hold on tightly to. We just know they are true and goes for all areas of our life.

Could it be possible that some of these ideas are wrong?

The idea was proposed to me when I was listening to Ken Fisher, the founder of Fisher Investments, giving an interview.

It was a captivating thought.

I looked back on my life on some of my early beliefs and I saw how much they had changed.

One of my core beliefs in the past was that to be successful I had to work lots of hours. The more I worked the better I would do. How many hours I worked was a badge of honor for me.

Now I know better. All I get when I work too many hours is tired. I actually wrote about how the secret to getting more done was working slower HERE.

One of the other core beliefs I had, when I was younger, was that I had to be the best at anything I did work-related.

How foolish was I? Now I hire people that are much more skilled than I am at many tasks and I get results faster and the results we get are better than if I tried to master all of them myself.

These are just a few beliefs that I’ve discovered and changed, and I didn’t realize that I was doing it until I heard the interview.

This led me into the deeper question of what do I believe now that’s not true?

The sooner I can find those beliefs the faster I can grow and succeed. After all, my success is based on my skills and where I’m at – not on anyone else.

I wish I could tell you that I’ve found a huge belief that I had that wasn’t true and I’ve made millions from changing it.

That hasn’t happened yet, but the smaller beliefs that I have discovered are making a difference in my life little by little.

What about you? Are you willing to question your beliefs and start discovering what you believe that isn’t true?

To be successful start small with little beliefs and as you see results move to bigger, stronger and older beliefs.