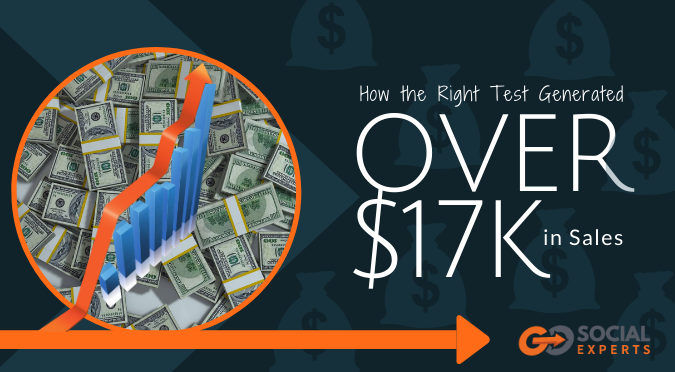 The other day at one of my clients and I were reminded why you never take anything for granted in marketing.

While we provide Done For You services and Coaching services, for some of my clients I provide consulting services. They have their own internal marketing team, but they want an outsider who knows their business but who has exposure to what’s working for other people.

I’ve worked with this client for over five years and over that time we’ve concentrated on two or three geographic areas that logic says we should focus on, and it’s been successful.

From time to time we’ve talked about targeting different areas a little further out, but we’ve never taken action on it due to budget or some other lame excuse.

This client has a different team person handling their Facebook marketing now, and they decided to “test” a different market.

They sent an ad into one of the areas we had been talking about for years that others on the team didn’t think would work.

They budgeted $1000 for it. Now in this client’s budget that is a small percentage.

And guess what happened?

What was more amazing was that the ad they started with wasn’t created to make sales. It was designed to educate the audience and introduce ourselves to them.

And it must have made a good impression on the audience.

It’s still running and we’ve doubled the budget. The audience was large enough to handle more money being spent on it.

We learned a few lessons:

The other benefit we have from the success of this ad is we’ve created another “warm” audience to target with our next offer.

Less than one in four of the people who clicked on the ad actually bought this time, so we can make other offers to them and we know they’re interested.

And we generated over 3300 people who watched a substantial part of our video that we can talk to again too. So even if we don’t sell anything more from this ad it was already a huge hit and it’s still working well.

We’ll also test this new ad in other areas we haven’t targeted before and once the test is completed,  we’ll try it in an area we have targeted before.

So you can see one successful test can lead to many more sales than just the sales you get the first time from an ad.

Make sure that everything you do gets results now and seeds growth for your future.

P.S. If you or one of your team works alone creating and managing your ads, you might want to talk to someone with an outside view. It’s easy to keep looking at the same thing and coming up with the same offers, while an outsider can see items you miss. Schedule a call with me at www.gosocialexperts.com/callbrian30 to see how I can help you grow your business to the next level.